The pastor remembered the encounter but not the name. Some memories dim but they never completely fade away.  As a young sailor, he remembered his ship docking in New Orleans, Louisiana.  He remembered walking the docks as the man approached him and struck up a conversation.  He remembered the man telling him that Jesus Christ could save him from his sins and give him eternal life.  He remembered praying the sinner’s prayer and the change that came over him.  But what was that man’s name, the witness? That, he couldn’t remember.

The young sailor returned to his home in the Philippines and sensed that God wanted him to tell others about Jesus, just like that man had told him.  He became a pastor and eventually moved to California, USA.  Now in retirement, he wanted to know what had happened to that man who introduced him to Jesus.  He described the ancient encounter to a fellow pastor who, amazingly, thought he recognized the description. The fellow pastor said that he thought he knew who the man was.  Maybe it was a wisp of a name or the steel-blue eyes that provided the vital clue.  The fellow pastor stated that the man who witnessed had started a school for preachers and might still be alive.  In fact, his name was Gray Allison.

Gray Allison took the call and listened to the story.  Were you ever at the docks in New Orleans witnessing? Allison told him that he had done that frequently and he was the man who witnessed to him that day, decades ago. The pastor completed his mission with the simplest of expressions. Thank you for sharing Jesus with me.

The encounter at the docks had not been an accident. Gray Allison was there because of a dream, or vision to use biblical parlance, of another man–Roland Q. Leavell.  Roland Q. Leavell, president of New Orleans Baptist Theological Seminary, had a passion for personal evangelism.  In fact, he wanted to require all of his young seminary students to witness the entire time they were in school.  Thus a program was born requiring evangelism.

Students like David Skinner, later a professor at Gray Allison’s school, remembered his student days when the students and professors would gather each week to share about telling others about Christ.  But the program later faded as the fire for evangelism waned.

Today you can come by any Tuesday at chapel during the school year and hear the stories. The program has changed names through the years from Practical Missions to Witness 1:7. The names of the students have changed, of course, but the witnessing goes on. These students come from many places but they share one purpose–to take the Gospel to the Nations.

Like their forebears sixty years ago, these faithful few students have taken up the challenge and accepted the discipline of regular, intentional, personal, evangelism. The work is hard but these are some of the Lord’s best. They know that if they make it to graduation they will have completed the most intensive evangelism training that there is. They go out weekly with the Word of God to share the love of Jesus. Not everyone will say yes to Jesus but its a great day when someone hears the Good News of Jesus and can say, “I found you.”

Think you’ve got what it takes? 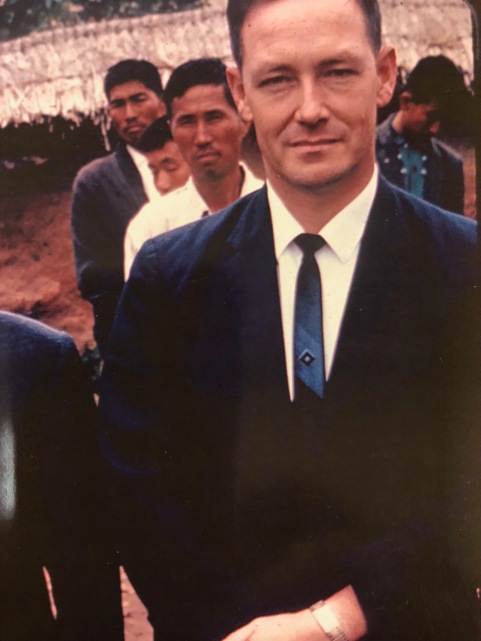 The Last Flight of the Listen Here Tojo! Will Tattoos​ Be in Heaven?